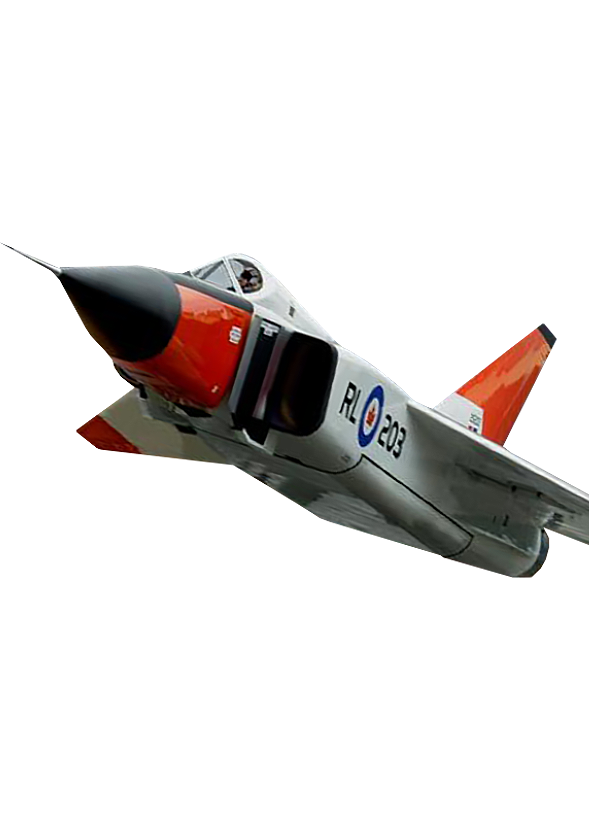 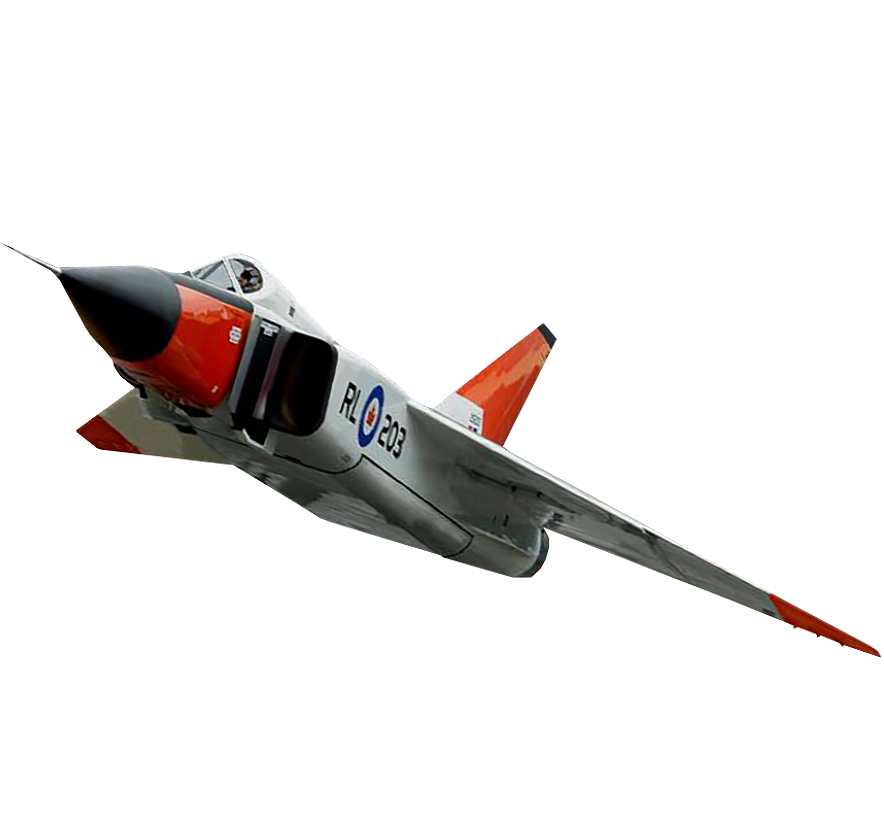 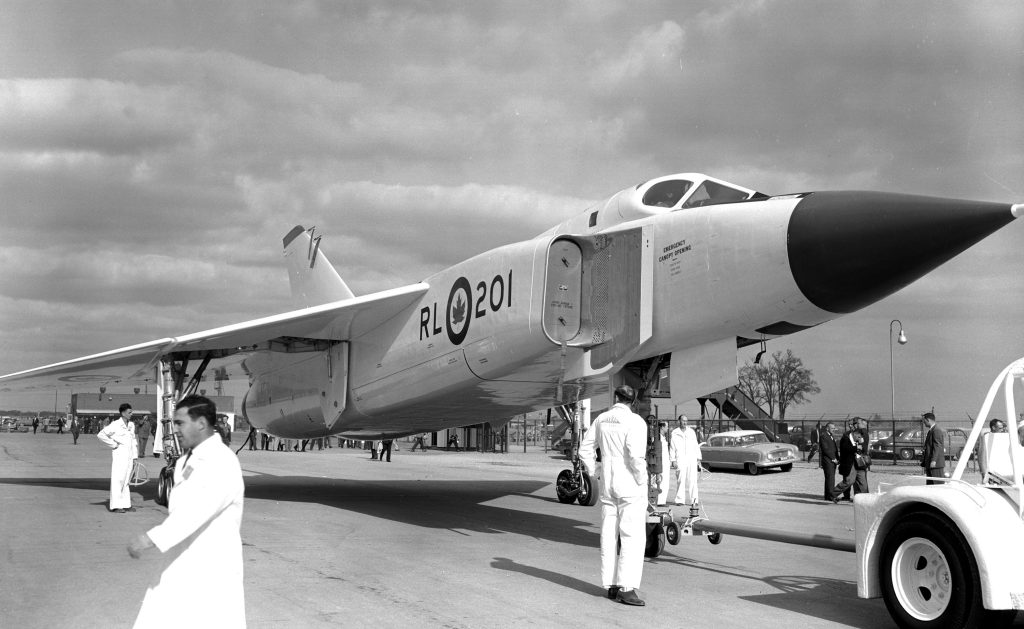 The CF-105 Arrow was a delta-winged interceptor aircraft, designed and built by A.V. Roe (Avro) Canada as the culmination of a series of design studies that originally began in 1953. The Arrow is considered by many to have been one of the most highly advanced technological achievements by the Canadian aviation industry.  The CF-105 design was capable of near Mach-2 speeds at altitudes in excess of 15,250 meters (50,000 feet) and it was intended to serve as the Royal Canadian Air Force’s (RCAF) primary interceptor in the 1960s and beyond.

On February 1959, in the midst of it’s flight test program, the development of the CF-105 Arrow (including all of its associated programs, such as the Orenda Iroquois jet engines, Astra fire control system and missile armament systems) was abruptly cancelled before a scheduled final project review had taken place, sparking an intense and often bitter political debate. The controversy engendered by this cancellation, and the subsequent destruction of all of aircraft then in production, still remains the topic for debate amongst historians, politicians, authors and aircraft enthusiasts. This decision not only resulted in the termination of the aircraft program but also led to the demise of Avro Canada.

A new home for the avro arrow replica

Milan Kropa, owner of the Edenvale aerodrome heard of the troubles experienced by the Canadian Air & Space Museum, (CASM).

Milan’s avid interest in aviation and love for Canadian heritage connected with aviation lawyer Ian McDougall and sparked the talk about rescuing the collection. The NEW Board members at Edenvale are the custodians of the entire collection known as CASM, including the full-size replica. The collection is now safely stored, protected and displayed in part at the Edenvale Aerdrome. The Avro Arrow has a new home and it is here to stay. 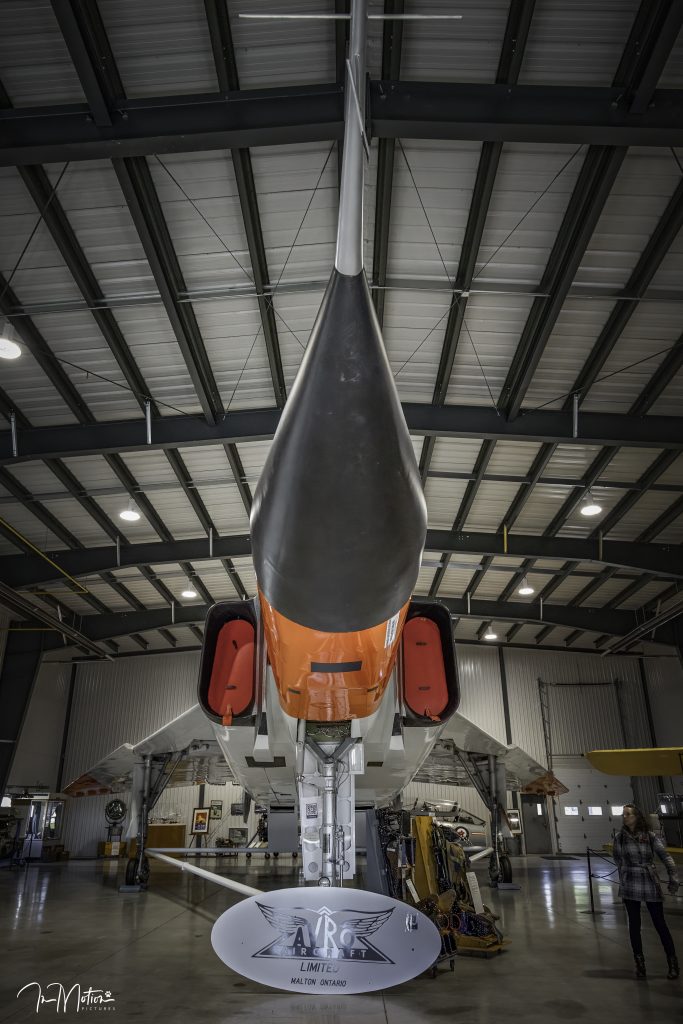 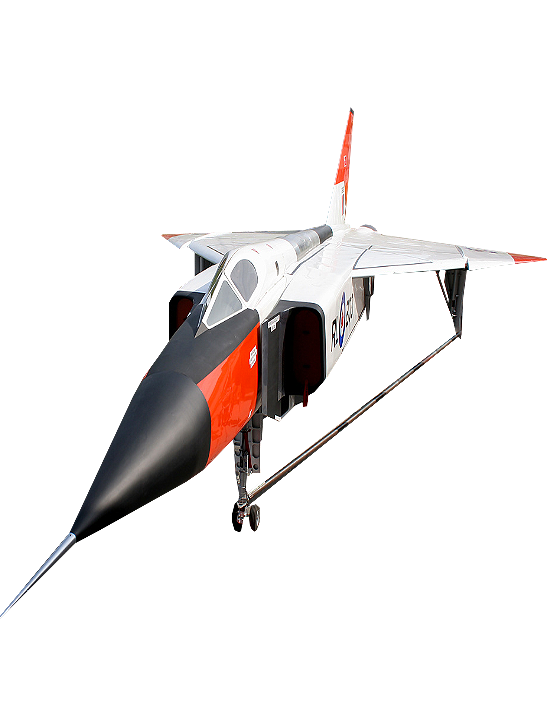 A BIG Thank you to our volunteers and staff for your hard work and passion!

An Avro Arrow Size Thank YOU for your continued support!